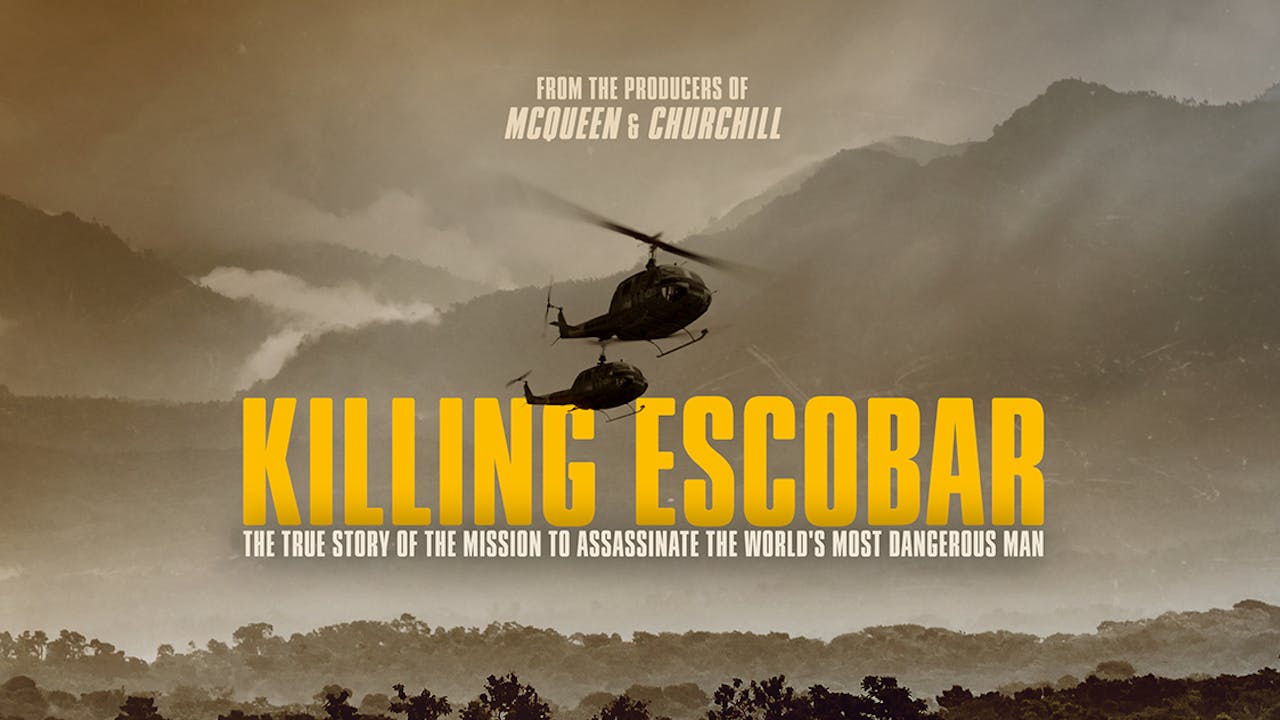 A Scottish mercenary and ex-SAS operative is hired by a Colombian drug cartel to assassinate the world’s biggest drug baron, Pablo Escobar.

In 1989, Scottish mercenary and ex-SAS operative, Peter McAleese, was hired by a Colombian drug cartel to lead a small team of ex-special forces commandos on a mission to assassinate the world’s biggest drug baron, Pablo Escobar.

With heartstopping drama reconstruction, access to never-before-seen footage of the mission and first person accounts from both the mercenaries and the cartel, Killing Escobar is a documentary thriller that reveals how one man's violent upbringing in Glasgow, training in the SAS and experience as a mercenary in Africa led him to the jungles of Colombia and the heart of the Medellín cocaine empire.

At 78 years old and returning to the Catholic faith of his youth, McAleese reflects on one of the most ambitious and perilous assignments of his career; the one that pushed him closer to death than any other, a mission to kill the most feared man in the world.